News for stress incontinence sufferers past and future.

News for stress incontinence sufferers past and future.
Posted on: 07 January, 2020 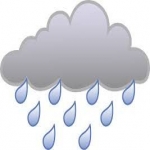 Because these products were/are made by the same company and are for women the lawyers and journalists have taken the opportunity to treat people like idiots and say they are the same thing when clearly they are not.

3) used without proper evidence of only 2 years old.

4) limited scope for lawyer profit due to limited numbers and withdrawn years ago.

1) for stress incontinence (SI) - leakage of urine with a cough, sneeze or exercise

2) 0.5cm x 4cm strip placed under urethra replacing a lost part of pelvic floor - this is <2% of the volume of a prolapse mesh.

3) millions used around the world with multiple studies, up to 18 years old, showing good results.  Not just good results.  The best results there has ever been for an operation for stress incontinence.

4) these millions of people are the reason the lawyers are interested.

I expected that Shine lawyers would win the November class action which was mainly focused on patients who had the prolapse meshes although they have carried on trying to involve slings in the wordings of media articles.

Last year patients had told me that Shine told them that they had given up on pursuing slings due to their bullet proof evidence but emboldened by the case it seems they are back.

So - without the permission of the individual patient - they have begun demanding the details of patients who have had a TVT and are writing to them and trying their luck again.

Some of my patients are disgusted at these lawyers cunning invasion of their privacy.  Its as if their distressing symptoms that they had treated are nothing to these people.

The endgame is becoming clear.

2) The journalists will sell papers, create hysteria, pat themselves on the back and give themselves awards.

If an old doctor - like me - they don't bother anymore.  I've said before the previous surgery for SI - the colposuspension - was messy and unsuccessful and I'd rather offer nothing than do that.

4) And last but not least... the women of Australia with stress incontinence - forgotten in all of this mess?