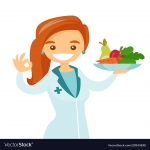 There has been a lot of research already into the role of omega 3s and the positive effect they can have on the healthy development of the baby's brain. Our nutrition guidelines do support woman eating foods rich in omega-3s, or taking an omega-3 supplement, during pregnancy.

But new research is showing that those women who take omega-3 supplements during their pregnancy may reduce their risk of a preterm birth or low birth weight baby. A recent study published by the Cochrane group, reviewed 70 randomized trials that included almost 20,000 women. From their reviews, the researchers have found high-quality evidence that, compared with women who did not take omega-3s, those who took supplements had an 11 percent lower risk of giving birth before 37 weeks of gestation, and a 42 percent lower risk of a birth before 34 weeks.

"The lead author, Philippa Middleton of the South Australian Health and Medical Research Institute, said that the consequences of premature birth, both short- and long-term, are severe, and it is the world’s leading cause of death among children under 5."

“One of the reasons this is a very big deal is that there’s little else out there that deals with premature birth,” she said. “Omega-3 supplementation is one thing that will make a huge difference to the prematurity rate.” The best Omega 3 rich foods are the marine foods, which mean Atlantic salmon; tinned sardines and other tinned fish (salmon, tuna).

The other Omega 3s food sources are chia seeds, walnuts,

Fortified eggs and flaxseeds; however our bodies do absorb the marine omega 3 sources best.

If these foods are not foods you do eat regularly, you can look at taking omega-3s as a supplement, and this is safe to take during pregnancy and while breastfeeding.

To meet your Recommended Dietary intakes for omega 3s (500mg / day; pregnancy and breastfeeding ladies have the same requirements as healthy adults) 2-3 oily fish serves a week will do the trick, but ensure that fish is well cooked to minimise the risk of listeria.